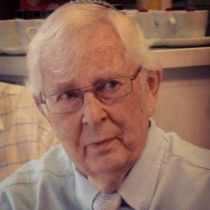 GERALD SCHNEIDER (1937-2012) General Practitioner
Gerald was born in Johannesburg in 1937. His father was from Lithuania, his mother from Benoni. Gerald grew up in Orange Grove and attended Orange Grove primary school and Highlands North high school. He was one of several Highlands North matriculants accepted to Wits Medical School in 1955. On graduation in 1960, he moved to Germiston as a general practitioner and remained there his whole career. He was much loved by his patients and by his family. Unsolicited, he would attend to all the medical needs of his family and friends without any expectation of fiscal compensation. Leonard Kahn, his colleague and one of his classmates at school and at Wits Medical School,  attested to Gerald’s devoted attention to his mother, Rachel Kahn, who suffered for many years from multiple sclerosis; and to his father, Robert Kahn, who suffered from a salivary gland malignancy. Gerald also paid frequent visits to Robert Kahn during Robert’s final years as a resident at the Alphen Lodge retirement facility in Sandringham, despite Gerald’s extremely busy practice schedule.  His first wife Joyce died in 1994. Gerald is survived by his brother Ivor, sister Shirley, his second wife Jeanette, four daughters and thirteen grandchildren. His daughter Karen followed her father to graduate from Wits medical school, and practices as a geneticist in Johannesburg.  Gerald was 74 years at the time of his death. Gerald Schneider MB BCh (Prepared by Leonard Bernard Kahn MD)
WitsUSA